The primary purpose of all personal protective equipment (PPE) is to keep workers safe, which should always be the main priority in any workplace. To achieve this, PPE must be both adequate, to protect against the hazards being faced, and suitable for the individual wearer, the task and the environment.

Often, several PPE options will meet these criteria. In these cases, it is worth considering those that also offer extra functionality.

In general terms, PPE with extra functionality has two main benefits. First, it can significantly increase productivity, often by reducing downtime. Second, it can improve safety, by overcoming problems that might otherwise lead some wearers not to comply with usage requirements.

To understand the particular benefits of specific extra functionalities, it is useful to consider some examples. Some of the best can be found in the field of hearing protection equipment (HPE), where recent innovations have led to more functionality than ever before.

For instance, science-based technology company 3M has developed a range of innovative Smart Hearing Solutions, each designed for use across a wide range of industries. The range includes ear defenders that variously allow users to listen to music, take phone calls and communicate effectively with one another over long and short distances – all without compromising on protection.

Communicating with colleagues face-to-face is essential in many industries, but can often be difficult while wearing HPE.

Too often, workers try to get around this by removing their hearing protection when speaking to one another, which can leave them exposed to potentially hazardous noise. Alternatively, some may leave noisy areas altogether to hold conversations. Over the course of a project, this can significantly reduce productivity.

The PELTOR ProTac III headset by 3M has been designed to overcome this problem. Using smart technology, it specifically attenuates loud impact noises, without affecting the low level or continuous sounds. This allows wearers to speak to one another easily and hear important alarms, while protecting them against potentially hazardous noises, such as nearby hammering.

In industries such as construction and rail, among others, workers often need to communicate with one another over long distances. The obvious solution is to use a two-way radio. However, in a noisy environment, this is often not a safe option, as it normally requires removing HPE first.

Some workers may address this by ignoring HPE compliance requirements, leaving them exposed to potentially hazardous noise. Others may travel long distances to speak with one another, leading to significant downtime. To tackle these problems, 3M has developed two hearing protection headsets, each with a built-in two-way radio.

The PELTOR LiteCom and PELTOR LiteCom Plus headsets by 3M let workers talk hands-free over distances of up to three kilometres while remaining protected. The devices can also offer further communication features, such as Bluetooth connectivity, depending on customer needs.

Alternatively, the PELTOR Wireless Communication Accessory by 3M allows wearers to take important phone calls without removing their HPE. The innovative device features a speaker and a noise-cancelling microphone, which can be simply attached to most PELTOR X Series ear defenders by 3M, instantly turning them into a wireless communications device for use in noisy environments.

Many employers recognise the benefits of allowing workers to listen to music while on the job. Namely, when workers are enjoying themselves, they often perform better and are more productive. However, in a noisy environment where HPE is required, this is often impracticable.

For these situations, 3M has developed the PELTOR WorkTunes Pro headset by 3M, which features a built-in AM/FM radio and antenna, fast digital tuning and the ability to store stations. The device also allows wearers to connect to their phone via a 3.5mm jack – all while still protecting their hearing.

3M technical specialist Simon Field said: “At 3M, we believe PPE can do more than just keep you safe. That is why we’re continuously innovating to develop new devices that offer increased functionality without sacrificing protection, enabling users to work smarter, not harder.”

Disclaimer: The information provided through Greenham Pulse is for general guidance only and is not legal advice. Greenham Pulse is not a substitute for Health and Safety consultancy. You should seek independent advice about any legal matter.

Next article Everything You Need to Know About Marshalltown Tools 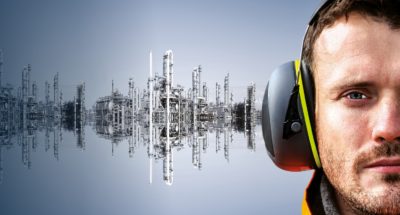 How to Protect Your Hearing

How to Prevent Falls When Working at Height

How to look after Safety Boots?